“I take great pride in keeping my clients’ interest the focus of my practice. The attorney•client relationship is based on a special trust. I facilitate that trust by providing clients candid legal and practical advice. Depending on the circumstances, trial is not always the best practical advice.”

Peter won a major victory in Batchelder v. Cindav Construction, 17-160326-NO.  In this case, Peter represented the defendant, Cindav Construction.  The plaintiff was seeking $3 million, but the jury ruled in favor of the defendant’s.  Peter also prevailed in the Court of Appeals.  He also won another major victory in labor arbitration on behalf of a school district client. The union attempted to force the school district to double pay health benefits. The case is captioned, Lincoln Edu Assocs Org v. Lincoln Consolidated Schools, 2010 Mich. App. LEXIS 1986 (Mich App 2010). He is a part of the legal team that represents the City of Birmingham and he serves Dearborn Public Schools.  Peter handles the Tax Tribunal matters for the City of Birmingham and insurance defense matters.

Mr. Gojcaj is a member of the State Bar of Michigan, the Oakland County Bar Association, and a co•founder of the Albanian American Chamber of Commerce. He also donates his time to various causes and committees. Mr. Gojcaj is an officer with the Knights of Columbus where he donates his time and effort helping with charitable enterprises, communities, families, youth, and adolescents. He is a member of the St. Thomas More law society, a public interest group defending religious freedom, families and family values.

Peter speaks at seminars and speaking engagements regarding Attorney/Client Privilege matters and Selecting an Attorney That Best Suits Your Needs, to name a few. 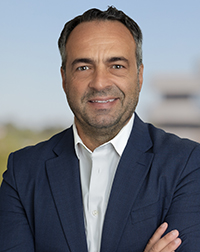