“I am proud to be associated with the firm.  The level of professionalism, cooperation and expertise is beyond any that I have experienced.  Communication and dedication to the client is paramount.”

Don joins Beier Howlett as an attorney after 42 years with the Birmingham Police Department.  He started his law enforcement career in 1974 and was promoted from within the department until he became Chief in 2010.  He received his Bachelor’s Degree from Oakland University and his J.D. from Wayne State University Law School.  He passed the bar in 1983.

On June 1, 2016, Don joined Beier Howlett where he practices municipal and educational law. 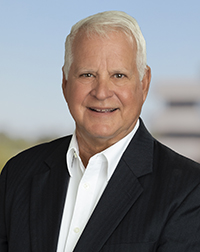 Donald A. Studt
Of Counsel